Ghosts of yesterday, Keep the Dreams of Tomorrow Alive in Jerome

One gets the sense that the Ghosts of yesterday, Keep the Dreams of Tomorrow Alive in Jerome, Arizona. Sitting at 5000 feet, the small town is literally built into Cleopatra Hill and overlooks the Verde Valley in Northern, Arizona.

The town was once a thriving mining community which excavated gold, silver and copper from the bowels of the earth below it. The community grew quickly as many followed the money to the mountain town. As it goes with many boom towns, history dictates a quick rise and early fall to the community. In the early 1900s, Jerome was a thriving city made up of several churches, hotels, saloons, miscellaneous businesses and gambling halls. At its height, Jerome once supported a population of more than 14,000 residents. Mining operations began to decline in the area in the 1920s and by the 1950’s, no more than 100 individuals called Jerome home.

With conviction a town once dead can discover new life. The fires, sink holes and industrial economic upheaval could not ruin the Town of Jerome, and from the ashes rose an eclectic renaissance where the community now thrives. Tourism, artistic endeavors, and ghost hunting is now the basis of commerce in Jerome.

What is most interesting about Jerome, is that the City does not hide from its tumultuous decline. The remnants of brick buildings once burnt down now serve as landscape for recently completed artwork; their masonry shells protecting and showcasing individual skills of those who now reside in the area. If you’re in the vicinity, it worth visit. If the reported ghosts that haunt the town don’t get you, the winding mountain roads and scenery surely will. 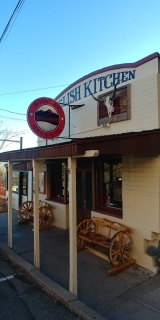 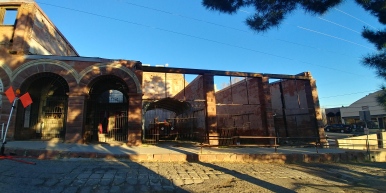 Saguaro National Park and the Darkness of Night

I lived in a Portion of the Arabian Desert for about a year and vividly remember the sound of everlasting sand particles whipping against our frail canvas tent during storms which would appear at a moment’s notice. Once during a rare cold winter rain squall the tent flooded with a foot of water. We grabbed whatever we could and took shelter upon our cots which barely kept us out of the invading flood. The dry arid landscape surely presents many hardships and hidden dangers but during evenings in the desert, I found solace in the stillness of the nocturnal sky.  In those chaotic days long past, the desert night sky provided a sense of peace in a place void of tranquility. There is beauty to be found is these vastly empty places.
I recently found myself in Saguaro National Park before sunrise on a frigid early morning walk. The park is located just outside of Tucson, AZ. I saw more than a few coyotes on my pre-dawn sojourn which was a bit intimidating. Saguaro is a different environment then the Arabian Desert but both places speak the same language, albeit with a different dialect. The sounds of the desert before sunrise eco the voices of life purged through the rugged reality of nature. If these creatures can survive the harsh struggles of the desert, then they deserve to be heard.
Leave all behind and walk the desert trails before dawn in Saguaro National Park, there is no telling what one will hear. 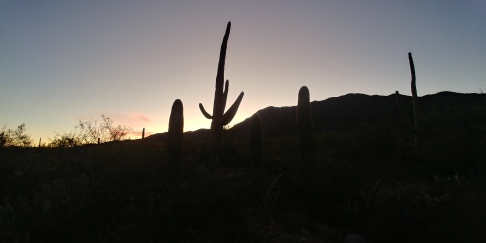 Central City, Colorado- A Ride on my Yamaha SCR 950

Just posted a video on my recent ride to Central City, Colorado.  There is some good scenery, a brief history of the City and friendly banter.  If you have a chance to visit, you should!!!

10. We Know our Way Around a Carburetor
9. We Wreak of Old Man Smell which is Guaranteed to Keep Away the Flies
8. Were Old and Fat but were not Dead

6. Old is the New Twenty

5. Were as old as the Rocks we Ride On

4. Our Wives have been Sick of us for Decades and would rather have us Riding Dirt than be at Home Playing Chess with our Pet Hamster

3. Were Old Enough to Still Know how to Use a Compass and Map

2. Our Colostomy Bag Easily Substitutes for a Hydro Pac during Long Rides in the Bush

1. Viagra in the Gas Tank gives the, motorcycle Engine 12 more Horsepower to get Up Any Hill

This time a year I dwell upon those American Colonials who took up arms against the British Empire which represented the greatest military of that age. What courage, what valor, what vicious tenacity it took our forbear’s to wage a war against such overwhelming odds. Our Colonial ancestors stood against tyranny but by doing so they put their very lives upon a gauntlet of death for an idea of Freedom. It was this Idea of Freedom that was eventually summarized into our Declaration of Independence which still stands as a testimony of what those brave souls fought for so many years ago.
Our Country is not perfect but Freedom still reigns true in the United States and I am so very Thankful for all those that have stood for and continue to defend the ideals of our Declaration of Independence.

Review of the “The Ride- London to Beijing” 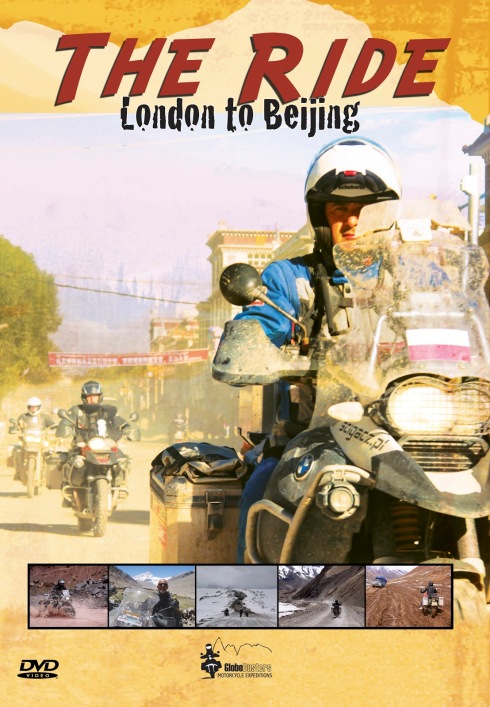 Looking for a good motorcycle documentary then check out “The Ride- London to Beijing”. The series follows a novice group of riders who struggle to endure an epic motor bike journey from Western Europe to Northern China. The greenhorn riders are led by a Guinness World Record Endurance Rider, Kevin Sanders. The expedition is filled with adventure, challenges, and unforgettable landscape and is expertly edited and narrated. The 12-week story keeps one engaged throughout the series and leaves the viewer looking for more. The series could have used a bit more character development but that really is not the intended purpose of this kind of production. At the end of the day, the documentary gave insight into a challenging adventure and what it takes to accomplish such an exploit. I enjoyed this series a bit better than “The Long Way Round” because if feels more real and raw then the two-wheeled adventures of Ewan McGregor and his pal Charley Boorman.
The leader of this expedition, Kevin Sanders just seems to be the type of individual anyone would follow and has an ability to weight risk verses reward options that manage successes. It takes guts to lead a ramble of rookie riders through the terrain that was overcome by the group. I have been riding for 18 years and I would have been bloody petrified to take on some of the challenges that the riders accomplished.
They travel some hairy, muddy terrain on heavy expensive BMW Adventure Tour Motorcycles. One of these days, I would like to see a motorcycle documentary use a few inexpensive lighter weight duel sport cycles to achieve their objectives. I get that the BMW is a solid reliable tough bike to get the job done but is it more dependable then let’s say a Suzuki DR-Z 400? Even better, use a Royal Enfield Himalayan to do the job. One can buy 4 Himalayan’s at the price of a new BMW 1200 GS and they are easier to repair given their more simplistic technology. I am not saying the Royal Enfield is a better bike then the coveted BMW Adventure Tour King, but I do believe both can get you to the same places at much different price points. One may get you there much slower than the other, but it will arrive just the same.
At the end of the day, “The Ride- London to Beijing” is a fun watch which will help motivate you to start planning your next epic adventure. The series is not overly long which is great for those who have commitment issues. In fact, when it ended, I was left yearning for more.

The Dreary Decline of Winter and the Optimistic Yearnings of Spring

A blizzard roars outside causing the house to creek with fear, the wind is relentless. My hope is that our pipes will not freeze this cold squally evening. With no electricity, I am on battery power and hope to put thoughts on paper before my laptop fades away. Just a few days ago the roads cleared enough to take my cycle for much-needed maintenance ride. It was a cold day, but that short trip on two wheels brought needed joy in the form of adrenaline to my mind and body. Winter never dies, it just fades away in Colorado. It’s mid-March, I thought the worst was behind us, but Old Man Winter is not done tormenting my soul. Motorcyclist are not bound by the rules of society or cultural norms, but a polar vortex will surely stop us in our tracks.
My hope was that the riding season was upon us, but I know now that my dream was just a fleeting glimpse of reality. Hope can be a wild beast to ride, but it’s a ride worth living. Hope drives us to find a better tomorrow and uplifts our spirits during time of need. Hope is one of the greatest motivational forces and is an immensely powerful force of good which can dictate positive action.
Another survival tactic that one can rely on is to dive into the situation fully immersed without dwelling upon the situation and its many negative characteristics. The Phrase “Embrace the Suck” epitomizes this theory of living. When you are in a situation where life is just bleak and miserable, and one does not have any control of external influences than sometimes the best track is to dive into the misery and let it become you. It’s about not wishing for a change in the environment but finding the good within it. If you are willing to open your eyes, most situations have something that one can be thankful for. “Embrace the Suck” goes deeper then that; one must be willing to fully commit to the situation they are in and put forth all effort to enjoy it without a logical approach of reasoning. It’s a mindset, a way to propel yourself forward by throwing yourself into the ugly reality and enjoying it.

Keep the rubber side down, the sun shall shine again as the new dawn approaches.

TwoTireTirade
Create a free website or blog at WordPress.com.